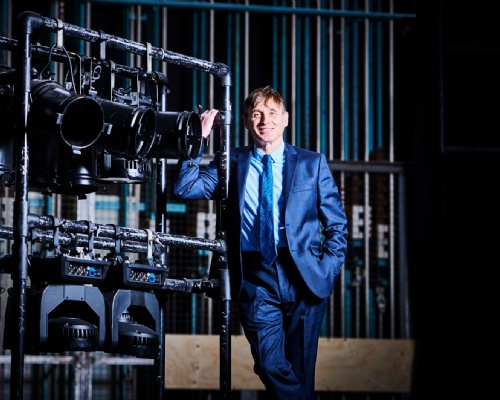 Dr Steve Ball, former Associate Director at the Birmingham Repertory Theatre, has been appointed as the Principal at BOA Stage & Screen Production

The brand-new 16-19 academy, specialising in film, TV, online and theatre production, will open near Birmingham’s Jewellery Quarter in September 2021.

Recognised as a national leader in drama and theatre education, Steve has held senior positions in the arts and cultural sectors for the past 20 years. A fully qualified teacher, he has a Masters degree in Arts Management in Education from City University London and a PhD in Theatre Education from the University of Manchester.

Beginning his career as a teacher, Steve became the founding Artistic Director of Language Alive! and led the organisation for 16 years during which he directed more than 100 educational theatre programmes and established the centre as the leading provider of educational theatre for primary schools in Birmingham.

Steve co-founded the Theatre Education Forum, a network of education officers in theatres across England. As Head of Arts for Birmingham City Council from 2001 to 2003, he managed the local authority’s Arts Team and co-produced ArtsFest - the UK’s largest free arts festival at the time.

In his most recent role as Associate Director at the Birmingham Repertory Theatre, he played a leading role in establishing the theatre as an internationally recognised centre for learning and participation - building a celebrated education team that runs a network of 14 youth theatres, delivers annual partnerships with 12 schools and colleges and an extensive community engagement programme.

Steve said: “I am delighted to be appointed Principal at BOA Stage & Screen Production. We want to equip the next generation of creative talent with the knowledge and practical experience they need to excel in the technical and production aspects of the stage and screen industries - and it will be a great privilege to help nurture the creative passion and talent of young people.”

The latest addition to the BOA Group, BOA Stage & Screen Production will take an industry-led approach to developing the skills of its students in both existing and emerging production techniques and broadcast technologies.

Steve continued: “The creative industries have faced unprecedented challenges this year, but with almost 40 theatres and live performance venues as well as a range of arts and events spaces and independent production studios, I believe we can continue to develop a world-leading creative sector in the West Midlands. In close collaboration with our industry partners, my ongoing focus as Principal will be to empower our students with the future-proof skills and training required to thrive in an ever-changing and hugely rewarding industry.”

Gaynor Cheshire, CEO of the BOA Group, said: “We are delighted to welcome Steve Ball to BOA Stage & Screen Production and I have no doubt that he will bring a huge wealth of expertise and enthusiasm to the role.

“BOA Stage & Screen Production will be the first 16-19 academy of its kind in the West Midlands, providing students with access to high-quality teaching and hands-on experience in real-world settings. Exceptional teaching and unrivalled industry support will be placed at the heart of the academy and I’m thrilled that our students will be able to benefit from Steve’s extensive experience in the sector as well as his evident passion for education and the arts.”